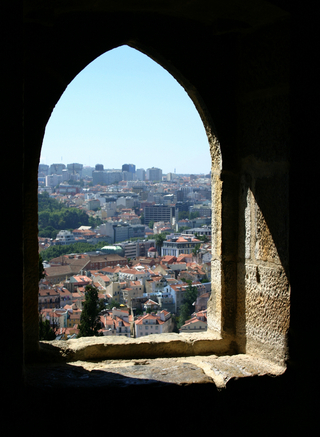 Nothing was as Manar had imagined it would be. Her mother should have been there and her two aunts. Her older sister whose hand she had held through two births and who had pledged to do the same for her. There should have been clean sheets and basins of warm water, someone with a cool cloth for her head. And on the other side of the house, the men regaling Yusuf with stories of their own children’s arrivals, so that when the time came he would be awake to say the adhan and perform the takneek, the first sweet smudge of dates in the child’s mouth.
But there was none of this.
The room smelled of blood and feces. Manar’s mostly, but other women’s as well. Old blood, and on the once-white walls the stained remnants of past catastrophes. Birth or death or both.
On the far wall Hassan II hung in stiff portrait. An aging playboy performing the role of beneficent King in an expensive French suit and red fes. Polo player, race car driver, epicurean, Manar thought, looking at his slim fingers and European face. Torturer, murderer, rapist.
In the stark light of the prison infirmary the doctor’s round forehead glistened like the grease-laden haunch of a lamb on a spit. Four in the morning, and Manar could smell the stale liquor on the man’s breath, the sweat stink of the whore he’d left to come here. He was the same man who’d examined her the night they’d brought her in, who had grudgingly confirmed for her jailers what she’d been trying desperately to tell them all along, through the first round of beatings and humiliations: that she was pregnant.
The doctor had not dared look her in the face then, and he didn’t now.
“Put her feet up,” he said to the nurse, and Manar felt the woman’s hands on her ankles, the cold steel of the stirrups on her bare feet.
A contraction hit her, faster and harder than the previous ones had been. Manar took a deep breath and shifted her hips to absorb the pain.
“Do not let her move,” the doctor snapped.
His hand was inside her now, as if she were an animal. She could feel his wrist against her pubic bone, his meaty fingers on the baby. And the pain, greedy, ravenous, wanting everything she had and more. She turned her head and wretched, emptying the thin contents of her stomach onto the filthy floor.
“Do not let her move!”
The nurse took Manar’s hand and smiled weakly, a conspirator’s smile, and Manar thought: there is nothing between us. Nothing. How could you even dare?
“He is turning the baby now,” the nurse said. “You must stay still. It will all be over soon.”
For a moment it was. Manar’s abdomen relaxed and she felt the baby shift inside her, felt the doctor’s hand slide out from between her legs.
Please, God, she thought, taking that single moment of calm to offer one last prayer. Please take the child now, before it is tainted by any of this. Then another contraction hit her and with it the undeniable need to push.
“This is the easy part,” the nurse told her.
To Manar’s surprise, the woman was right. After fifteen hours of submission to the pain, the agony of pushing was a relief.
When the baby finally came the doctor did not give it to Manar, but handed it to the nurse while he cut the umbilical cord. The baby was still and stunned, his skin dark as a bruise. For a moment Manar felt a sense of profound relief that her prayer had been answered. Then the child cried out and she realized he was not dead.
He cried out and Manar could not help herself. At least he will be my reprieve, she thought selfishly, as she had that first night, when she had naively consoled herself with the presumption that they would not rape her while she had a child in her body. Even they, even these animals, she told herself now, would not harm her while she had milk to give.
She put her arms out to take the boy, but the nurse shook her head. “I’m sorry,” she whispered. “You must have known.”
“The adhan,” Manar pleaded, understanding that she had been completely forsaken, that neither of them were to be spared. Her child would live and she would die. “Please, in the name of Allah, I must say the adhan.”
The baby shrieked in the nurse’s arms and Manar felt his desperation in her entire body. “He is mine!” she yelled.
The woman stepped forward and laid the child on Manar’s chest. He was naked and bloody, his eyes wide open, dark as two wet stones.
Manar put her lips to his right ear and smelled him, her smell and his together. Blood, like the earth, like the mud from which God had fashioned then all. Behind his ear was a small red stain, a single blemish on his still-purple skin. An imperfection, Manar thought, like that which a pot suffers in the kiln, a mark of what he had suffered inside her.
God is great, she whispered.
I testify that there is no god except God.
I testify that Muhammad is the messenger of God.
Come to prayer.
Come to salvation.
Then she turned him to say the second prayer, but the nurse was already taking him from her again.